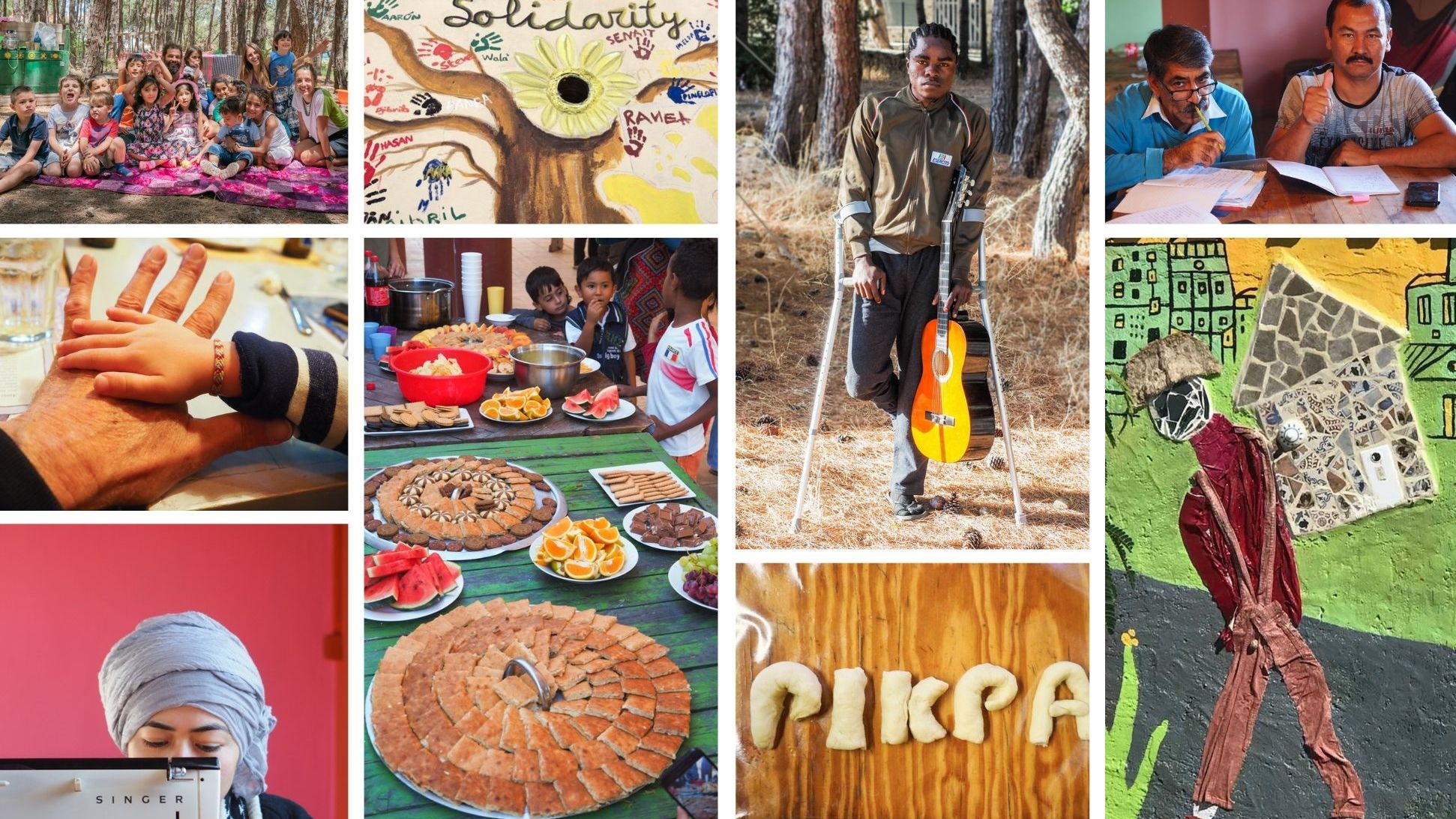 The Vulnerable Residents Of PIKPA Camp Are In Danger!

Subject: Regarding your letter from the Ministry of Labor and Social Affairs with Ref:533/25-09-2020, for the evacuation of the Pikpa camp premises from the Police Department of Lesvos

After the relevant letter, for which we were made aware through the press, and in clarifying the use and operational scope of the former camp site of Pikpa in Neapoli, Mytilene, we wish to make you aware of the following:

The premises of Pikpa camp in Neapoli Mytilene, has been informally offered since 2012 from the Municipality of Lesvos to the residents of the town in order to offer a shelter to refugees that during the time were living in the streets of Mytilene and/or our city’s port. Following this, and since 2015, the Ministry of Labor and Social Solidarity (Social Services) with reference letter Δ22/45812/164/30-10-2015 addressed to the Municipality of Lesvos approved the use of the premises of Pikpa as a temporary place to host the vulnerable groups of refugees and asylum seekers.

Since then, the space has been operating with the contribution and assistance of volunteers and Non Governmental Organisations as a model hospitality camp of especially vulnerable refugees and asylum seekers, one that has been awarded from numerous entities to date, among others with the Nansen award from UNHCR. This last period, the temporary residents of Pikpa can be classified to the following two groups:

a) Especially vulnerable unaccompanied minors that are residing at Pikpa after a prosecutor's request and the suggestion of the Ministry of Labor and the Ministry of Migration and Asylum (Special Secretary for Protection of Unescorted Minors). We attach as an example relevant requests from the Prosecutor for Minors in Mytilene that happens to be the commissioner for the Minors, addressed to Lesvos Solidarity’s AMKE. who practices the daily care of the children in the facilities of Pikpa. The referrals through the prosecutor are executed with the sole interest of the well being and security of the unaccompanied minors, as it is a basic responsibility of the Greek state. The children hosted in this facility are extremely vulnerable, unaccompanied girls up to 17 years of age and unaccompanied boys up to 12 years. At this time, there are 21 unaccompanied children living in Pikpa.

b) Especially vulnerable asylum seekers (p.ex people with disabilities, cancer patients, people with long term deseases like kidney failure, victims of violence and torture and more) after written referral asking for a temporary place of residency from UNHCR for the refugees. Right now there are 77 asylum seekers residing in Pikpa camp out of which 32 are children.

This data is shared on a weekly basis with the Police Department and the Registration and Identification Centre (RIC). Also all this data, relevant to the operation of the space has been shared and is made available to the agents that have on occasion inspected the facilities of Pikpa. These are also available to the Ministry of Labor, where there is also the relevant correspondence of the previous years and to the Ministry of Migration and Asylum.

Therefore, Pikpa cannot be classified as an illegal squat as mentioned in the protocol ref:533/25-09-2020 of the above letter addressed to the Policy Department in Lesvos, neither are there any unauthorised activities taking place. The activities and hosting of the current residents are in sync with the activities that were taking place in the camp before it became abandoned. Most importantly this corresponds to the need of dignified living conditions and offers support for these vulnerable groups as the Greek and European law suggest, and addresses the increasing, emergency situations on the island.

We believe that the order sent to the Police Department for the evacuation of these vulnerable groups, heavily ill people, disable people, unaccompanied minors or single underaged mothers with their babies, goes against the need for their protection under the right residential conditions. Also, the violent transfer of these people from the camp will firstly put them in a terribly dangerous situation and secondly will expose the country on an international level. As far as the unaccompanied minors are removed from Pikpa camp, the prosecutor will have to find a new suitable residence for them.

Lesvos Solidarity AMKE, an organisation that looks after the needs of the unaccompanied minors and vulnerable refugees and asylum seekers in the facilities of Pikpa, want to clarify to the authorities in charge that it’s absolute priority remains the well being of the people as well as the prevention of any violent act against the residents in order to proceed with the evacuation, as this may result to trauma and physical endangerment. We commit to secure with every legal way their safety and to support their special needs as the policy of international law of protection impose.

After offering the above clarifications, we call for you to reconsider the notes of the letter with protocol ref 533/25/09/2020. In the case that you insist in the evacuation of the space, we request that this happens in an organised manner with the cooperation of all parties involved and of course in a peaceful way, without the use of any kind of force from the police. This is indeed a situation where it is called to manage a matter that carries an enormous humanitarian notion, and it is not the simple ending of an illegal situation as it has been faultily presented.

We enclose the following:

Unfortunately, we have not received any reply from the government. Instead, on the 9th of September we were advised by the police director of Lesvos that on Monday the 12th of the same month the police will proceed with their operation in order to evacuate the premises and transfer the vulnerable groups of Pikpa in the new camp at Kara Tepe. This rushed transfer deprives the vulnerable group of refugees from their right to security and that of a dignified living space.

The residents of Pikpa express their despair against their transfer to what has been named as the New Moria (the new RIC of Kara Tepe) because of its inhumane living conditions. They express their fear for being moved to a place with questionable hygiene conditions and an uncontrolled environment. As we find the number of COVID-19 cases rising, it must be mentioned here that most residents of PIKPA have already been identified as people of high risk for the disease.

The transport of the vulnerable groups with police escort from a secured and dignified facility to an unfit and high risk place for their health conditions, does not only go against their human rights but also goes against the statement of the government and the EU regarding the provision of a dignified and safe place of residency for the refugees and asylum seekers.

Lesvos Solidarity supported the refugees and asylum seekers at the premises of the abandoned summer camp of Pikpa at a time where the need for finding facilities for vulnerable cases was crucial. Lesvos Solidarity had also stated that once the needs of the vulnerable cases are covered, we can support the new operation of the camp for the needs of the children and the local society.

So we believe that as far as the camps remain unfit facilities and form places of danger for the vulnerable cases, especially during this period, with the expected weather chances, and rise of the Covid-19 cases, it is in everyone’s benefit for any facility already set to accommodate the needs of the vulnerable, to remain in operation.

We request from the government to reconsider their order to the police for the removal of the people in need, and to allow their stay at the facilities of Pikpa until they can guarantee their transport to a safe place. One that will guarantee they can continue living with dignity.